Cooperation in tourism development in Vietnam, Cambodia, Thailand and Myanmar

21/08/2019 4784 0
August 14, 2016, in TP. Can Tho, Vietnam National Administration of Tourism held the 6th Conference on the Southern Tourism Corridor with the participation of representatives of 4 travel agencies in Vietnam, Cambodia, Thailand, Myanmar and the Coordination Office. Mekong calendar discusses cooperation in tourism development between these four countries. Delegates of 4 countries attended the 6th Tourism Corridor Conference to take commemorative photos
in Can Tho on the morning of August 14, 2016.
Chairing the conference, Mr. Ha Van Sieu, Deputy Director General of Vietnam National Administration of Tourism, said the Southern Tourism Corridor is an important transport route of the Greater Mekong Subregion, abbreviated as GMS; is one of 11 major tourist routes of the Sub-region. Mr. Ha Van Sieu emphasized: “From 2015 to now, 4 countries with 13 provinces in the Southern Tourism Corridor have made great efforts to cooperate and develop products, promote promotion, support each other in raising training high capacity, proposing related industries to facilitate travel to convert transport corridors into tourist corridors, forming high-quality inter-national tourist routes, bringing a rich and attractive experience ” .
Mr. Duong Tan Hien, Vice Chairman of Can Tho City People's Committee, said Can Tho is one of four provinces in Vietnam (besides Ba Ria - Vung Tau, Kien Giang and Ho Chi Minh City) in the key economic region of the Mekong Delta. join the Southern Tourism Corridor. Can Tho is a waterfront urban area with many famous tourist spots such as Ninh Kieu wharf, Cai Rang floating market and unique, interesting cultural and historical sites, attracting tourists. According to Mr. Hien, Can Tho tourism infrastructure is increasingly invested and developed; The city's 4-5-star hotel and resort system is ready to meet the requirements of tourism development and well serve domestic and international tourists to Can Tho.
At the conference, representatives of the 4 countries' tourism industry reviewed the cooperation results from the 5 th Conference; listen to updated conditions for new tourism development; new tourism products and services; new policies to facilitate travel to visitors to the southern corridor. The conference also discussed cooperation between countries, local tourism agencies, businesses in 2020 and the following years.
Representatives of the General Department of Tourism and Tourism Association of Can Tho City stressed the event of Vietnam International Tourism Fair 2019 will be held in Can Tho City from November 29 to December 1, 2016 (VITM Need Poetry 2019).Vietnam has invited 3 countries to participate in this event to promote cooperation in tourism development, connecting tours between 4 Mekong Subregion countries.
Representative of the Mekong Tourism Coordination Office (MTCO) based in Thailand, Mr. Nattakorn Asunee Na Ayudhuya, urged the four countries' tourism industry to promote the promotion of their country's tourism products on the "Platform" page. MTCO's "flatform" is used by over 22 million people worldwide. Mr. Nattakorn sees this as an effective way of developing tourism cooperation in the southern corridor between the 4 Mekong Sub-region countries in the 4.0 era.
According to MTCO, in 2018, 4 South Tourism Corridor countries welcomed 63.53 million international visitors, an increase of 10.6% compared to 2017; internal tourism reached 6.7 million visitors, accounting for 10.6% of total international visitors to 4 countries; tourism income reached 96.2 billion USD.
At the end of this Conference, with the coordination of 3 Departments of Culture, Sports and Tourism of Can Tho, An Giang, Ba Ria - Vung Tau, the General Department of Tourism organized surveys for delegates of 4 countries to study. products of river tourism, river and sea tourism of Vietnam from August 14-17, 2016./.
News & photos: HUỲNH KIM 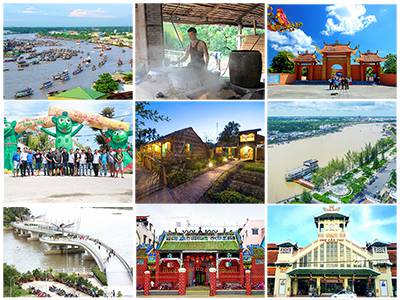 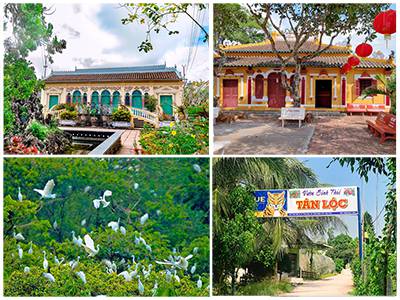 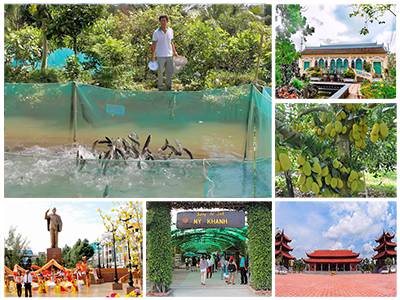